Category Car Of The Month History

Posted by CoetzeeWD in Car Of The Month History on August 27, 2016

De Soto – was established in 1928 by Walter Chrysler as an alternative brand
positioned between his affordable Plymouth range and his expensive Chrysler
range of cars. The car was named after Spanish Explorer Hernando De Soto.

Production started with a bang and for the first year De Soto sold an amazing
84’065 cars with the six cylinder engine. From 1930 an eight cylinder engine
was also offered.

In 1934 De Soto introduced their revolutionary Airflow. Although they were
years ahead with their streamlined bodies, people were not ready for such an
advanced design, so these cars were not a success and only some 15’000 were
sold that year. They soon reverted to conventional styling and in 1941 they
sold some 99’999 cars.

Posted by Hans Matter in Car Of The Month History on August 13, 2016 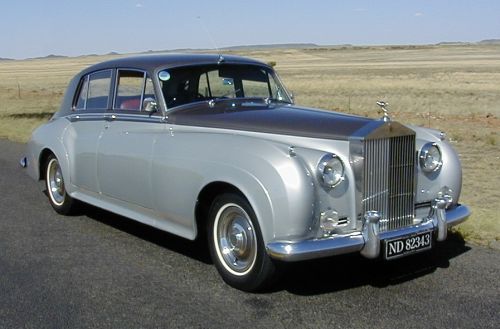 Rolls-Royce – Charles Stewart Rolls and Sir Henry Royce were an unlikely team,
which was cemented over a lunch in May 1904. Royce was the brain behind the
car and Rolls, owner of one of the first car dealerships. Rolls, from aristocratic
parents and a bit of a playboy, was trying to find the most reliable car.

While both partners were engineers, Royce had some manufacturing experience,
and as he was very dissatisfied with his car, he wanted to build his own car. The
first car he built was a two cylinder, but it was enough to convince Rolls to join
him. They proceeded to build a 2000cc car, of which they only sold 19 by 1906.

Posted by CoetzeeWD in Car Of The Month History on August 9, 2016 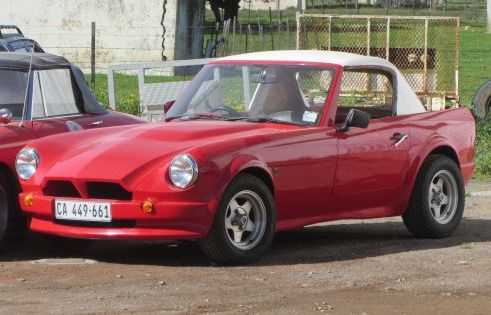 GSM – Bob van Niekerk, Willie Meissner, both Engineering students, conceived
and with Vester de Wit designed the body of this car during 1956 in Cape Town, South Africa.
Then they formed the GSM Company and started manufacturing
the first two prototypes during 1957. Production followed soon afterwards.
These open cars, named Dart proved to be almost unbeatable on the race track.

They were also built in England under the Delta name and were raced very
successfully on various racing circuits in Europe, USA and Canada!
Four years later the Flamingo, a coupe version was launched.
A good number of these cars have survived in South Africa,
as well as in the UK, USA and Canada! 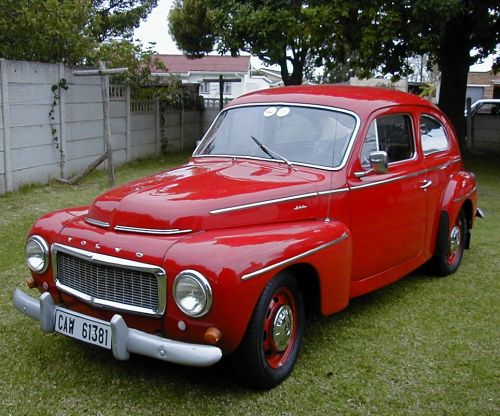 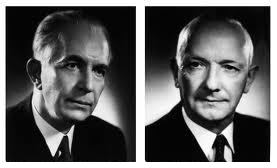 The initial car with a four cylinder engine, was a convertible, which was not
suitable for the harsh climate in Scandinavia. After the building of 205 cars
when they changed to a closed body, of which 791 were produced. Their cars
were largely based on US cars and when Chrysler launched their Airflow,
Volvo followed suit with a similar model named Carioca. This was their first
car with a steel body. Their cars were very popular as taxis, as they were
built very robust. In 1938 a six cylinder engine was introduced. 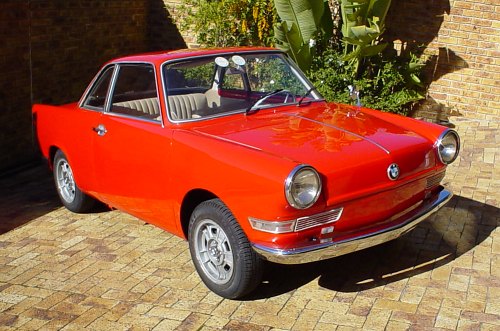 BMW – was well known as a manufacturer of motorcycles and aircraft engines. In
1929 BMW acquired the Dixi car factory, which sold a range of different car models,
But BMW only continued to build the small Dixi, which was built under license from
the British Austin Seven.

During 1932 BMW launched the first of their own cars, although they still looked
similar to the Dixi. In 1933 they added a new 1’200cc engine, but the big step forward
was the introduction of the models 309, 315 and 319, of which the sports convertible is
particularly sought after today. While the 309 still had a four cylinder engine of 845cc,
the 315 and 319 were equipped with 1’490cc and 1’911cc overhead valve engines.
With these models BMW was well on their way to producing close to 10’00...

Posted by CoetzeeWD in Car Of The Month History on July 16, 2016 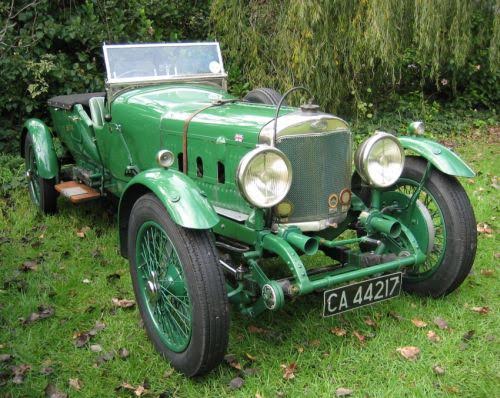 Sunbeam – John Marston was a bicycle manufacturer, who saw the potential of
Motorcars. He built his first car in 1899 and started manufacturing the Sunbeam
Mabley in 1902 with a Dion-Bouton engine.

Designer Louis Coatalen joined the company in 1909 and proceeded to create
beautiful cars, which were available with either 3402 or 2412cc four cylinder
engines. A sports car version was also available, which entered in many races.
Three of these Sunbeams finished in position one, two and three at the French
Grand Prix held in 1912. During the First World War they mainly built aircraft
engines. During 1916 Sunbeam was placed third at the Indianapolis 500 race.

In 1920 Sunbeam merged with Talbot and Darracq. During this time Sunbeam
mainly built beautiful race cars with 3000cc engines with to...

Posted by Hans Matter in Car Of The Month History on July 9, 2016 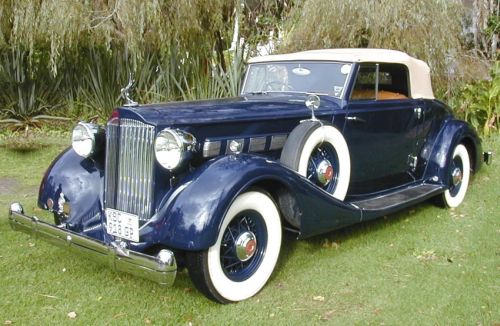 Packard – brothers James Ward Packard and William Doud Packard started out
manufacturing Packard electric incandescent lamps in 1891, which were later sold
under the name General Electric. In 1899 the brothers started to manufacture
Packard automobiles. This brand was known as one of the top quality US cars
available, but they were also very expensive and very few people could afford
them. They were also very innovative and offered some very advanced features
and managed to break many records.

In 1903 one Tom Fletcher was first to cross the USA from the West to the East
Coast in 61 days. Quite remarkable considering the roads, or the lack thereof at
that time. The single, as well as the five mile record was broken by a Packard racing
car in 1904...

Posted by CoetzeeWD in Car Of The Month History on July 2, 2016 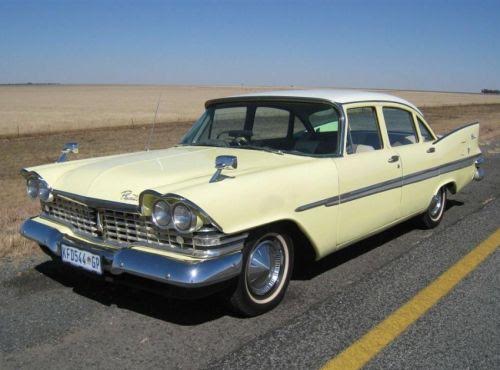 Plymouth – Walter Chrysler was well established, when he built mostly “high price”
cars. He decided in 1928 to launch a lower priced range of cars with the Plymouth
brand, named after the city from which the founding fathers of the state of
Massachusetts came from.

Although with a slow start, production numbers increased steadily to 93’592 in 1929.
Total sales topped Million Plymouth cars as early as 1934. Plymouth became well
known for their distinctive models during the late 1950’s. 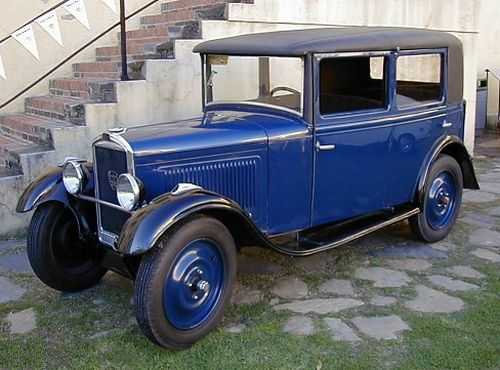 Peugeot – The Peugeot family were well established in the 18th century, and were
well known for tools, pepper mills, guns and many other engineering products.
Later they also became a leading manufacturer of bicycles. As early as 1888 they
ventured into the manufacture of motorcars. Initially a three wheeler steam car,
which lead to the Peugeot Type 1 steam car. This was followed by petrol engined
cars Peugeot Type 2, 3 and 4.

In 1896 Peugeot he founded the company Société des Automobile Peugeot and
built a new factory for the manufacture of motorcars. Here he also designed and
built his own engines. His cars were also used for racing and won the first Paris-
Bordeaux-Paris race at an average speed of 21.8 km/h. From 1897 all Peugeot
cars were fitted with Michelin pneumatic tyres, wh... 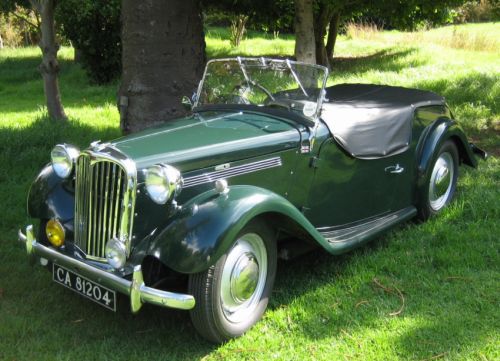 Singer – like many others George Singer had manufactured bicycles and motor-
cycles before expanding into motor cars. In 1905 he launched his first two seater
named 8 HP with a horizontally opposed two cylinder engine. The Ten, a sedan
was the most popular of 13 different models built before the First World War.

In 1919 a sports car was launched, based on the popular Ten. Soon this model
was also available as a racing car with a 33 bhp engine, later to be upgraded to
a six cylinder engine. This model did particularly well in the Le Mans and from
then on was named Singer Le Mans after the race.