Category Recent Cars of The Month

Posted by CoetzeeWD in Recent Cars of The Month on July 8, 2017 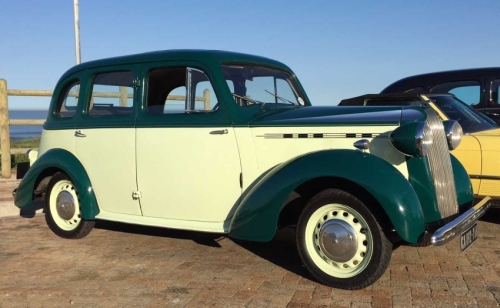 Vauxhall – Alexander Wilson founded the Vauxhall Iron Works to build ships
Engines in 1857. Although Wilson left the company in 1892, the company
started manufacturing motorcars in 1903 with a single cylinder. In 1905 this was
followed with a three cylinder engine and a four cylinder engine in 1906.

Winning races was important in the early years of motoring and Vauxhall was no
Exception. Vauxhall was taken over by General Motors in 1925 and became a
subsidiary of Opel, where all future products would be engineered from 1980.

1930 the company started manufacturing commercial vehicles under the name
Bedford, which became quite popular in the following years.

During 2017 General Motors sold Opel and Vauxhall to Peugeot-Citroen.

Posted by CoetzeeWD in Recent Cars of The Month on April 29, 2017 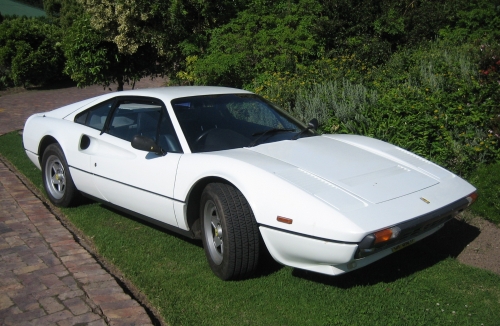 In 1940, Ferrari started building his first racing car the model 815.
Officially the first Ferrari, model 125 GT, was built and  launched in 1946 after the war.
This model was raced very successfully around the world. Ferrari  built many
racing cars over the years and is one of the longest surviving racing car manufacturer,
owned by the founder. Later on Ferrari was later sold to Fiat.

Posted by CoetzeeWD in Recent Cars of The Month on March 26, 2017 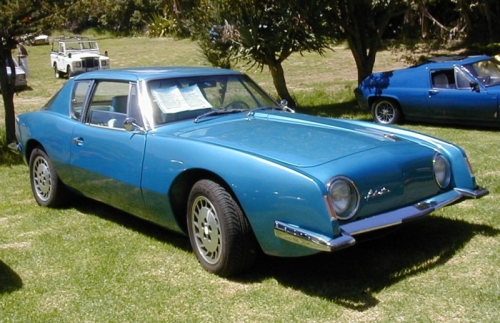 Studebaker was established in 1902 by Henry and Clem Studebaker, when they built
their first electric car. A total of 1841 of these cars were sold, when they launched
their first car with a petrol engine in 1912, although they had built the Garford-
Studebaker with petrol engines since 1904, as well as the Flanders and EMF cars.

From 1913 Studebaker offered four and six cylinder models. The company expanded,
while they built more large cars with six cylinder engines from 1919. They achieved a
turnover of $100 Million by 1922 and in 1925 they sold 100’000 cars for the first time.

The company did very well till Albert Erskine, a new director took charge. From then
the company struggled along, particularly during the 1928 depression. In 1942 the
company started manufacturing army vehic...

Posted by CoetzeeWD in Recent Cars of The Month on February 4, 2017 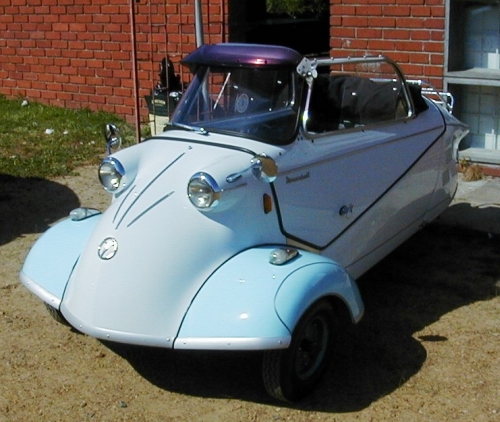 The tandem two seater with three wheels, provided economical transport, without
being exposed to the elements. It was launched at a time when many people had
recovered from the war and they now wanted to be mobile. At this stage “micro
cars” were quite popular and the Messerschmitt was no exception. In fact it was
one of the most popular “micro cars” and sold in many countries...

Posted by CoetzeeWD in Recent Cars of The Month on January 2, 2017 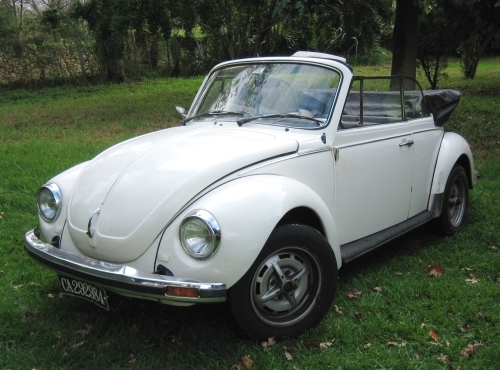 Ferdinand Porsche, born in 1875 was involved in the development of many now
famous motorcars. One of his early projects was a “cheap” car in 1922, but nobody
seemed to be interested in this car. At least not till his friend Adolf Hitler heard
about it. He was so impressed that he commissioned Porsche to build a car in 1934
with a fuel consumption of no more than six or seven litres per 100km and a price
not exceeding RM 900 but with a top speed of at least 100km/h.

Hitler developed a savings scheme of RM 5 per week, which should every German
to buy this new car. In 1936 Porsche presented the first three prototypes. Each
prototype had to cover 50’000 km in seven days, without any substantial Problems.
When this was achieved, Hitler ordered that a new Volkswagen fa...

Posted by Hans Matter in Recent Cars of The Month on December 3, 2016 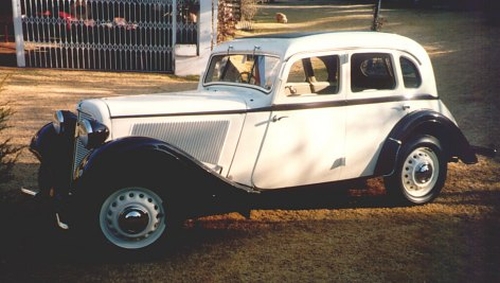 then set up his own factory in Germany. It was a very successful venture with

From 1904 Adler fitted their own two and four cylinder engines. Production

7.5L engines with up to eight different models. What also contributed to their

popularity is that Kaiser Wilhelm ll was regularly seen driving an Adler.

In 1932 Gustav Röhr joined Adler as chief engineer. Röhr who had a very

good reputation, proceeded to design the very successful Trumpf, which had

many advanced features, such as front wheel ...

Posted by CoetzeeWD in Recent Cars of The Month on September 24, 2016 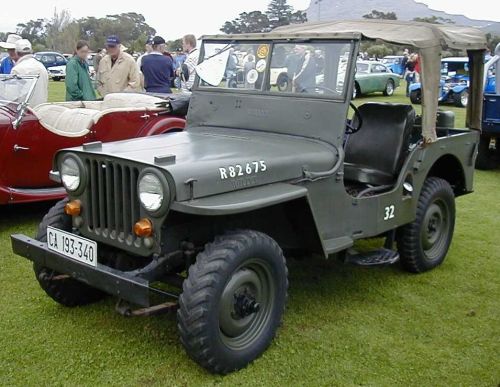 Bantam Jeep – was created in response to an invitation issued by the American
Ministry of War on 11th July 1940, which wanted a small 4×4 off road military
vehicle with a weight of no more than 590kg. The design had to be presented in
eleven days and the first prototype had to be ready in forty nine days.

The Bantam Factory, a little known factory which built Austin cars under
License, was the only manufacturer to meet the deadlines. This resulted in an
order for 70 complete vehicles, eight of which had to have four wheel drive.

As soon as these Bantam vehicles became known, Willys and Ford copied the
Bantam design and started producing their own versions, shortly after an order
for 1’500 vehicles was placed with Bantam. Bantam was very unhappy and was
going to ta...

Posted by CoetzeeWD in Recent Cars of The Month on September 19, 2016 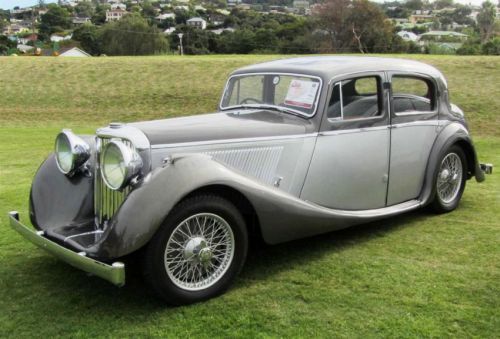 Jaguar  William Walmsley and William Lyons – started the Swallow
Sidecar Company for motorbikes in 1922. In 1927 the company started to
build special sports car bodies onto some of the popular Austin 7 chassis.
The Austin Swallows were raced successfully, despite their small 747cc
Engine.

In 1932 the company launched their own car SS I and SS II cars, which
were an immediate success. The SS I was a sleek two seater sports car
with a very long bonnet and a small back seat for kids and a very
attractive price. The SS Cars Company was established to concentrate on
building the new cars.

Posted by CoetzeeWD in Recent Cars of The Month on September 11, 2016 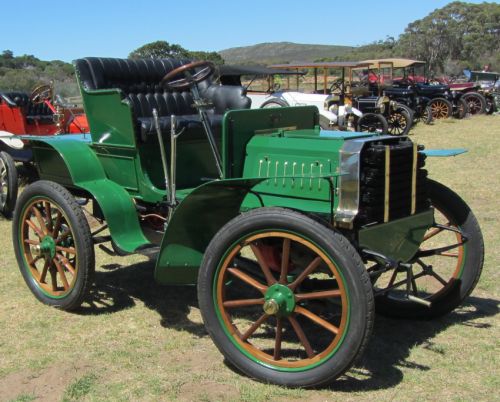 Gladiator – Jean Aucocq and Alexandre Darracq – started a bicycle factory in
Pré Saint-Gervais in 1891. They built their first car in 1898 and by 1903 they
built cars with one, two, four and six cylinder engines.

They competed successfully in long distance races, which were popular at that
time. Gladiator was sold to Messrs Vinot and Deguingand in 1909. Production
of the Gladiator was stopped in 1920.

Posted by CoetzeeWD in Recent Cars of The Month on September 3, 2016 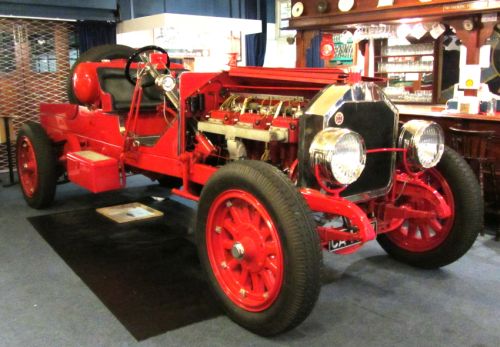 American LaFrance or ALF, founded in 1903 by a French Huguenot named
Truckson LaFrance in America. They built horse drawn ALF fire engines.  As early
as 1910 they sold their first petrol driven fire engines. Soon after they built their
first sports car. The car was entered in a race near New York where 11 people were
killed during the race, which caused the company to stop all further race car production. 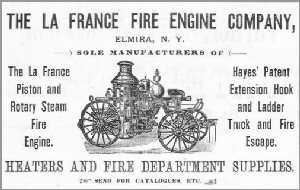 However, people fascinated with the large size of their race car continued to convert
some of the ALF fire engines to race cars. These race cars were difficult to break and
gear changes were not easy either. All this besides a complicated procedure to be
followed to start the exceeding large four or six cylinder engine of 14’500cc. The fuel
tank hold...